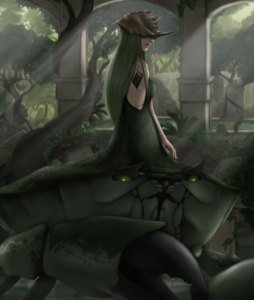 Being one of the few to have merged with her pet, Freiya’s special nature and aquatic abilities made her perfectly fit to rule the Sanarcosium underwater business.
She’s quite silent but her words are always heard. 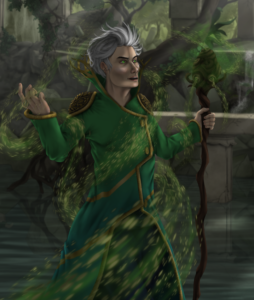 While Freiya mainly rules the underwater activity, she relies on Rivoal to keep an eye on the water surface. He officially represents the Sanarcosium during inter-faction meetings.